CityPAC’s Board of Directors is the governing body of the PAC and is responsible for all major policy decisions and contributions. The Board consists of dedicated Chicago professionals committed to strengthening the U.S.-Israel relationship. David Rosenberg has had a passion for Israel and foreign policy for many years. This was initially forged at an early age through his family, synagogue, and attendance at Camp Ramah in Wisconsin, where he spent a summer abroad in Israel. In Chicago, David has been involved with the American Israel Public Affairs Committee (AIPAC) for years, including as a member of its Young Leadership Council and as an LTI participant.

David is the Co-Chief Investment Officer and Director of Investment Management at Nadler Financial Group, Inc. He currently lives in Chicago, after attending Northwestern University and growing up in Highland Park, Illinois. He also serves as an assistant football coach at Highland Park High School. Gabi has served on the Chicago Young Leadership Council of AIPAC since 2014. He is active in several other Jewish and Israel-focused organizations in the community.

Professionally, Gabi manages an education company, and resides in Chicago with his wife (who he met in Israel) and son. Teri Herbstman has a strong passion for Israel and the U.S.-Israel relationship and has travelled to Israel 11 times. Teri attended Cornell University’s School of Hotel Administration where she served on the executive board of the Cornell Israel Public Affairs Committee (CIPAC) for four years. After graduating from Cornell, Teri spent a year living in Israel and volunteered as an EMT with Magen David Adom. Upon her return to Chicago, she volunteered with the Anti-Defamation League, Keshet, and started her own catering company, giving cooking demonstrations to synagogues’ sisterhood groups. Teri served as the Chicago Assistant Director and Director of Young Leadership for The American Israel Public Affairs Committee, AIPAC, for three years. She was an honoree on The JUF’s 36 under 36 list.  She currently serves as the Chicago New Leadership Chair for Israel Bonds and also is a member of the National Board.

Professionally, Teri recently completed her MBA at Loyola University Quinlan School of Business, with a Concentration in Entrepreneurship, while working full time as the Assistant Vice President and Division Director at Robert Half Legal. In this role, she oversees a team of account executives who specialize in the placement of legal professionals in law firms and corporate legal departments. Teri resides in Chicago and is also a die-hard Cubs fan and couldn’t be happier that her favorite team is World Series Champions! David has served on the Chicago Young Leadership Council for the American Israel Public Affairs Committee (AIPAC) since 2009 and has been a club member of AIPAC long before YL.  David is an active member of his community and contributes to a variety of other causes.

In his professional life, David is an attorney at the consumer protection law firm, Edelson PC. David resides in Chicago with his wife and two children. Emily has been a dedicated supporter of the U.S.-Israel relationship since she studied abroad in high school with Alexander Muss High School in Israel. At Indiana University, Emily was the head of the pro-Israel student organization and later worked professionally for the American Israel Public Affairs Committee in Washington, D.C. and Chicago. She currently works in Strategic Partnerships and Global Affairs for Mayor Rahm Emanuel.Emily also serves on the JUF Young Leadership Division Board and serves as a Jewish Community Relations Council Vice Chair. She also serves on the Chicago Foundation for Women Young Women’s Giving Council. 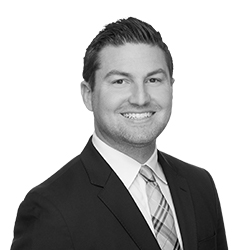 Matt is a long time supporter of the US/Israel relationship having served on the Chicago Young Leadership Committee of the American Israel Public Affairs Committee (AIPAC) and has been a longtime member of the AIPAC family. Matt’s strong passion and advocacy for Israel also stems from having visited Israel on several occasions as well as parts of his family that reside in Ashqelon, near the Gaza strip. In his professional life, Matt is an attorney at the law firm Littler Mendelson, P.C. where his practice focuses on Class Action Employment litigation. Matt resides with his wife and three daughters in Hinsdale, Illinois.” Kyle has served as chairman of the Chicago Young Leadership Council for the American Israel Public Affairs Committee (AIPAC) since 2015 and has been a longtime member of the AIPAC family.  He previously served as a youth coordinator for the Republic Jewish Coalition, and contributes to other Jewish and American-Israeli causes.

Professionally, Kyle has served as General Counsel of the Illinois Department of Public Health (IDPH) since March 2015.  As the chief legal officer for this agency, Kyle manages the IDPH Division of Legal Services, which provides legal counsel to the IDPH Director, it’s programs, and the Governor’s Office.  He resides in Deerfield with his wife and two young sons. Ryan has been deeply involved in Israel advocacy since his childhood. He has attended bi-partisan missions on behalf of the Jewish Federation of Metropolitan Chicago (JUF), American Israel Political Affairs Committee (AIPAC) and other organizations to Springfield, Illinois, Washington D.C. and Israel. Ryan has been to Israel over ten times and has previously worked at two Israel based venture capital firms.

Professionally, Ryan is an Associate at The Chaifetz Group where he focuses on investing in early and later stage growth companies. He attended the University of Illinois Urbana-Champaign and currently lives in Chicago. Special Advisor to the Board

Steve has been involved in Chicago’s Jewish and pro-Israel communities his entire life. For over 20 years Steve has been an active member of AIPAC and an annual donor to JUF and many other charitable organizations. Among the many leadership positions Steve has held, he served as CityPAC President during the 2006 federal election cycle. Over the last 20+ years, Steve has met with countless members of, and candidates for, Congress to advocate on behalf of a strong US-Israel relationship. In 2008, together with his father, Neil, he received Shalva’s Rodef Shalom award in recognition of his lifetime of service to the Jewish community.

Professionally, Steve is the owner and President of Senior Housing Group, a company he founded in 2010 to preserve and improve government-subsidized affordable housing for limited-income seniors. Steve and his company have helped preserve and improve over 2,100 affordable senior apartment units around the country including hundreds that were initially built by Jewish agencies to provide housing for Jewish refugees from the former Soviet Union. He currently resides in Highland Park with his wife, Sheri, and their daughter, Jordyn, and son, Jake. Special Advisor to the Board

Peter is a former two-term President of CityPAC and has been an active member of AIPAC and the Chicago Jewish and Pro-Israel communities for over 20 years.  He served for many years as Vice-Chair of the Jewish Federation’s Government Affairs Committee.  He is a fellow in the 2012 class of Leadership Greater Chicago and a graduate of the Wexner Heritage Program.

Professionally, he is a partner in the law firm of Holland & Knight and the practice group leader of the firm’s Chicago Real Estate and Local Government Group. He has an accomplished and broad real estate and government law practice, representing both private and public sector clients in all phases of real estate finance, acquisition, development, zoning and land use matters.  Upon appointment by Cook County President Toni Preckwinkle, Mr. Friedman serves on the board of the Cook County Land Bank Authority (CCLBA) and as chairman of the CCLBA’s property acquisition committee. He previously served as judicial clerk to the Honorable Suzanne B. Conlon, judge of the U.S. District Court for the Northern District of Illinois and, prior to that, worked for five years on the staff and as legislative director for Congressman John Porter (IL-10) in Washington, D.C. Peter lives in Wilmette with his wife, Lisa Acker, and their children, Miles, Anna, and Lucie.